Forget everything you’ve ever learned.

About writing resumes, that is.

Why? Because everything you learned regarding writing a resume rarely works – including what you hear from the outplacement firms and recruiting consultants who are actually paid to do this. But don’t fret – I’ll present you with a framework that can dramatically increase your chances of getting the job you want.

First, you need to understand the two-part secret of resume.

Secret part one: The purpose of your resume is not to get the job. Rather, the resume has one, and only one purpose – which is to leave the reader thinking, “Wow, we need to get this person in here for an interview.”

Secret part two: Unless it’s your mother, the reader of your resume likely doesn’t care about you. What they care about is their company and the challenges they have.

Doesn’t sound like much of a secret, does it? The problem is, you’d think it was the most clandestine cover-up by the way people write their resumes.

For every single bullet or sentence you write, ask yourself this one question: Does it contribute toward the reader thinking, “We gotta meet with this person”?

If the answer is no, then either delete it or rewrite it.

Unfortunately, most people list every job they’ve ever had, and each role within those jobs. Further, they identify every skill they’ve even slightly mastered. And some people actually write about the kind of job or role that they are seeking – as if the reader might really be thinking, “Hmm, I wonder what kind of job this candidate would like to have?”

This often makes zero connection with the reader, and that’s why most resumes get thrown in the trash.

The Sad State of Affairs

Here’s an actual bullet from a resume I received, listed under one of this person’s jobs as a procurement manager.

It’s a true statement of one of the many responsibilities for this person. The problem is, it tells the reader very little, and worse, it hardly excites the reader to want to get the candidate in for an interview.

And yet that’s what most resumes look like. A series of boring sentence fragments that contain close to zero impact value. That’s why most resumes barely get a second look. But yours doesn’t need to be like that. In fact, yours shouldn’t look like that. Stand out from the crowd (noise) and highlight your impact.

After I dug in to what this woman had actually achieved in her role, below is my “edited” version of the bullet point.

What do we learn about this “second” candidate? Well, for one thing we see someone who understands market trends and is conscientious about business results. But most importantly, we see how her initiative directly (and quickly) translated into an improved bottom line.

After reading that second bullet, you could imagine a business executive (e.g. hiring manager) thinking, “Very good – this woman could likely do similar things for us.”

Just because you use bullets doesn’t mean you need to write in boring, no-person, incomplete sentence fragments. Nor do you need to avoid writing in the first person.

Re-read those “before” and “after” bullets above. Now, put yourself in the shoes of a hiring manager or HR screener role and tell me – which of those two would resonate more with you?

Your resume is not a transcript. There is no need to list everything you’ve ever done.

Instead, think of your resume more like a dating profile.

If you wrote a dating profile that was uninteresting and demonstrated no personality (and listed every partner you ever dated since high school), how likely is it that you’ll get a response? Answer: very unlikely.

Resume screeners and hiring managers will likely receive hundreds of resumes for a given role, from which they will immediately whittle that down to about a dozen or so for further consideration. If your resume doesn’t move the reader in a way where they can see the obvious connection on how you can help their company – then your chances are very slim.

So, select a few very powerful points you can make for your major jobs and write them in a way that leaves the reader thinking, “Wow, this person looks good. We need to meet with them.”

Very few resume screeners and hiring managers are doing a cross-check between a set of skills they are looking for and what you list on your resume. Sure, if you are applying for a technical role that requires certain mastery, then you obviously need to articulate your strong competence. But, you are competing against the hundreds (or maybe thousands) of others who know the same programming languages or development tools or process methodologies or whatever else might be important for a given role.

So, simply listing your skills or bullets on what you’ve done is hardly likely to leave a reader excited.

For instance, here’s how most people write about their education: degree, major, school, and GPA.

Of course, people only include their GPA if it’s really good – otherwise they omit it. So, everyone knows that if you don’t show a GPA, you had mediocre grades. But even if you had a 4.0, what does that tell us? Perhaps that you are good at memorizing or taking tests. Maybe you are a hard worker. But we don’t really know.

Here’s how the education section looked on the resume of someone I know very well.

Yep, he’s a smart guy … 4.0 at Drexel. But do we know if he’d be a good employee? Maybe he’s just good at school work and has no interaction skills. Could he really help our business?

But as I said, I knew this person and how good he is. Here’s the updated version that I helped it.

If you were a hiring manager, which of these two people would you rather interview?

How Bad Is It?

I recently hosted a workshop on How to Write a Killer Resume. Very smart, accomplished people attended the class. Prior to the class, I asked everyone to privately submit, on a scale of 1 to 10, how they would rate their resume (1 being terrible and 10 awesome). The average across the large sample was about 7.

Since I had a chance to see many of their resumes prior to workshop, I felt the ratings were closer to about 4. And at the conclusion of our workshop, they all agreed with me. Not surprisingly, that rating of 4 is about the average given the thousands of resumes I’ve reviewed over the past two decades.

Most people think their resume is much better than it is. And that’s actually good news for you. Because if you follow the framework I suggest here, your resume will look spectacular by comparison.

The way to leave the hiring manager or resume screener wanting to meet with you is by making it very clear how what you’ve done in the past directly correlates to how you’ll likely be able to help this new company.

The “new” rules enable you to write a resume that gets noticed, connects with the reader, and is far more likely to lead to an interview.

Tell us the problem. Then tell us what you did to solve the problem. Finally, give us the impact. That’s it: problem-solution-impact. And do it as concisely as possible.

Here’s an example from a woman who works at a financial services company.

If you were a resume screener or hiring manager and you read those three bullets, how likely would you be saying, “Wow, we need to get this woman in here right away for an interview”?

Probably not very likely because we don’t see how exceptional she is. But after I dug in to her accomplishments, it was clear that her impact was much bigger than her resume indicated.

Here is the edited version.

Clearly the “after” version shows us how spectacular this person is: they recognized there was an issue … they developed a solution to address the problems … and look at the impact! That’s the kind of person we would like working in our company. We need to meet with this woman!

That’s the key to writing a resume that leads to an interview. Select a few messages from each major gig, and tell us concise mini-stories: problem-solution-impact.

Once again, there is no need to tell us everything you did. Remember, the purpose of the resume is not to get the job – only the leave the reader thinking, “Damn, this person is good – we need to meet with them right away.”

Thus, throw away the “old” rules of writing in boring sentence fragments. They don’t accomplish anything (other than putting a reader to sleep). Write in a way that makes a connection with the reader and helps them see how you’ll likely be able to apply what you’ve accomplished in the past to make their company more remarkable.

In every section of your resume, powerfully convey your accomplishments and background in a way that keeps the reader nodding their head up-and-down thinking, “This person is good!” If you have a line, sentence, or bullet that does not contribute toward that conclusion, then either delete it or re-write it until it does.

Once you pass that filter, you’ve got yourself a spectacular resume.

Career Domination is taking the steps required to align your skills, passions, and market opportunities in a way that leaves you waking up every morning excited to be doing exactly what you are embarking upon. Life is too short to be in a job you don’t like – or to be unhappily unemployed.

Follow this guidance to potently articulate your game-changing capabilities. The old rules no longer apply. Don’t be held back by them. Unless you want to end up like this:

This post just touched on a few examples of how to tune your resume for maximum impact. But we can do better than that.

I created a free email series that will walk you through every section of the resume and what you need to do to significantly improve your chances of making the cut and getting an interview. So, go ahead and sign-up – and let’s get your resume to a point where HR screeners and hiring managers read it and think:

“Wow, this person is good! Let’s get them in here right away for an interview.”

Complete the form below and the first lesson will show up in your Inbox.

Me: Tell me about an accomplishment you consider to be the most significant of your career so far. Woman: [Long pause] Umm, I’m not sure any of my accomplishments 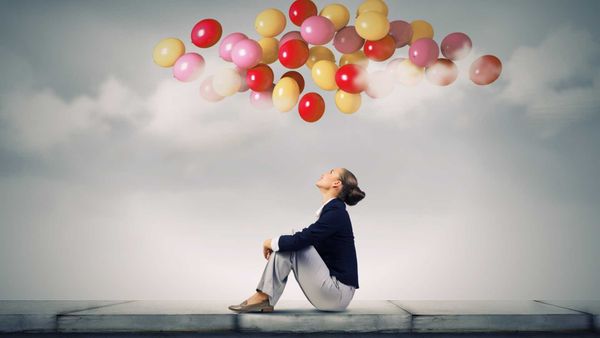 What is your dream job?It’s such an elusive question that confronts all of us at various points in our career. Perhaps during times we wake up in the