When I was first promoted into a VP/GM role for a Fortune 50 technology company, I tried promoting my top engineering manager into a director role. I was told that I couldn’t promote this person, partly because she was a woman. I was dumbfounded as to why anything other than engineering talent and the person’s ability to lead people should factor into the decision. I fought that and “won” — and this person become one of the company’s best directors. But my eyes were opened as to how unfair it all was.

While I didn’t start out very enlightened on this topic of allyship, I had many experiences that forced me into deep introspection. As I grew to recognize how my privilege as a white male manifests in so many facets of society — especially in my various worlds of technology, large corporations, entrepreneurship, and startup companies — I realized that if people like me didn’t attempt to make a difference that little traction would be made.

As I started writing and speaking on gender equity, male allyship, and my thoughts on what it means to “be a man”, I was surprised by how many men responded defensively. Faced with the stats of discrimination, harassment, and sexual assaults, a common reply theme centered on, “I would never rape a woman. I’m one of the good guys.”

That’s when I realized that the concept of male allyship is something of a continuum. Good for you that you don’t rape. Similar, perhaps, to many Germans in the 30s and 40s who said, “I don’t hate Jews.” The bar of what it means to be a “good guy” is far too low.

The Privilege of Being a White Male

Unfortunately we have a broad cultural bias that is so skewed toward males — especially white males. We have the highest salaries. We own the top positions in companies. In fact, we have the easiest promotional path to those top positions. We dominate the venture investing world.

This isn’t fair and it’s not equitable. Nor is it good for business or society.

My first step on the allyship path was recognizing that I’m part of the problem. In fact, much more than “part”. I needed to not only realize the unfair advantage that I had, but to say something about it.

If you look at salary distribution across the country, of the thousands and thousands of U.S. cities, there are only sixteen where women earn more money than men. Sixteen.

Of course, that makes sense, right? Women are such a small percentage of the workforce.

The Shockingly Sad Stats of Inequity

Women comprise nearly half of the total U.S. workforce. Yet they only occupy about 21% of senior roles in companies and have average salaries far less than men. And that’s mostly white women. Women of color have it much worse and are so underrepresented in the corporate pipeline — especially at the senior levels where only 3% of such roles across the country are held by women of color.

Are women less qualified than their male counterparts to occupy leadership roles? Certainly not if success is based on traits such as vision, ability to lead and inspire teams, and an understanding of market pains and opportunities with an ability to develop solutions to address them.

Men of color don’t fare much better. They represent only about 10% of leadership roles despite making up nearly 33% of the total workforce.

As I said, it is all skewed toward people who look like me. White male.

This is such a sad state of affairs. But we can do better.

Starting Down the Allyship Continuum

Let’s start with allyship and how we can dramatically improve the current paradigm.

We call things like gender-pay inequity, gender discrimination, harassment, catcalling, sexual assault, and so forth — we call these things “women’s issues”. These aren’t women’s issues — they're societal issues perpetrated mostly by men.

Thus the first step toward allyship is recognizing there’s a problem.

I love this definition of “ally” from Campus Pride:

An ally is someone who recognizes they are on the privilege side of a particular prejudice / oppression divide — and then actively engages in the search and implementation of strategies to dismantle that divide.

A few years ago I was in an investor meeting for a company I co-founded called ROAR for Good. ROAR develops a wearable safety device called Athena that can emit an audible alert and send the wearer’s GPS location to emergency contacts. ROAR also contributes part of all proceeds to organizations that are teaching kids about empathy, respect, and healthy relationships — programs shown to reduce violence in adulthood. ROAR is the brainchild of co-founder and CEO, Yasmine Mustafa.

As Yasmine and I were pitching to potential investors in the early days of ROAR — mostly to people who looked just like me — one meeting in particular stands as a clear testament to these discriminatory challenges. Toward the end of the meeting, Yasmine excused herself to use the restroom. While she was out, the investors turned to me and said, “We’d invest if you were the CEO.” Needless to say, we turned them down and never spoke with them again.

I wish I would have said, “Really?! How do you think we’ll evolve as a society if we not only perpetuate the status-quo, but deny opportunities for greater diversity, innovation, and inclusion?” Instead, I said something along the lines of “no, that’s not something we’re willing to consider.”

Commitment to Self-Awareness and Growth is Required

So, while awareness is the first step in allyship, education of both the self and others is critically important.

My “no thank you” to the investors didn’t leave them challenging their ideals. And that’s where skill development comes in. Part of educating myself is developing and enhancing skills that enable me to better inspire others as well as being more supportive and encouraging of those bearing the brunt of oppression.

Being a male ally is a life-long skill development. I don’t think there’s ever a point at which one can truly say, “OK, now I’m there.” Allyship is not an achievement like summiting Everest. It’s an ongoing commitment to cultivating empathy and working toward solutions that prevent bias and prejudice.

I look at people like Dale Thomas Vaughn, Lewis Howes, and Michael Kimmel who not only speak, write, and so powerfully inspire others on these topics — but also live their lives in such alignment with their values. Great male role models help all of us look within and say, “I can do better … I want to be more like him.”

To all the men out there — especially those of us fortunate enough to find ourselves in positions of leadership and influence — we can do better. We must do better.

In the powerful words of Edmund Burke:

The only thing necessary for the triumph of evil is for good men to do nothing.

Let’s change the societal view of what it means to “be a man”. Let’s challenge ourselves and one another to raise our game and become better male allies. The world will be far better off. Who’s with me? 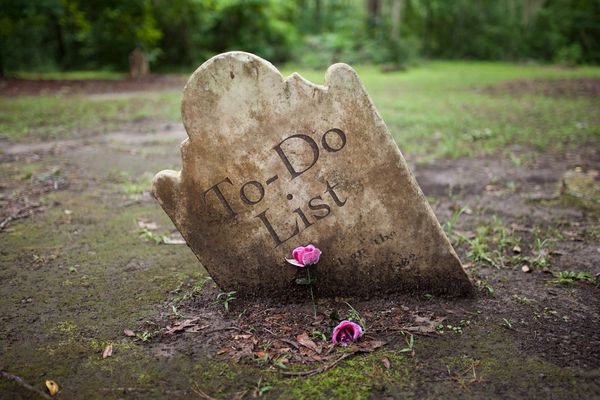 Charles M. Schwab was a very smart and shrewd businessman who, in 1904, founded Bethlehem Steel, the world’s largest steel producer, which made him one of the richest people 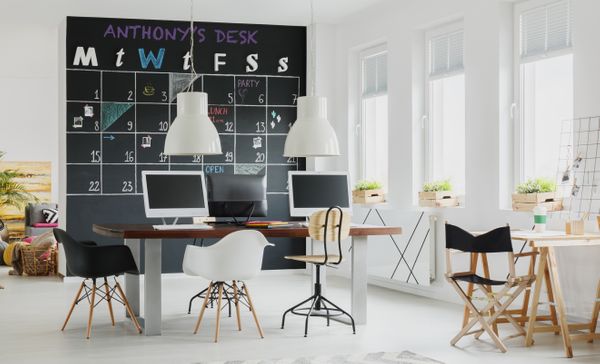 How would you like to live a life without distractions? Your day seamlessly flowing from one productive activity to the next. Going to bed at the end of the day