When I was selling healthcare software to hospitals, I was very proud of the fact that we never lost a sale to a competitor. Unfortunately though, I was still losing. To nothing. Literally.

Despite their claim that they urgently needed the software that my company produced, many hospitals chose to purchase nothing at all – instead opting to perpetuate the status quo. At first I thought it was just an isolated instance. Why would anyone not move forward with something they expressly indicated was very important for them? But after a few more health systems responded the same way, I realized these large organizations weren’t much different than individuals when it comes to making positive changes. We often say we want or need to change, but we don’t actually do the things needed to affect that change.

Turns out that the inhibitor to advancement isn’t lack of initiative, rather the true villain of growth is inertia. It is much, much easier to do nothing – or keep doing what we’ve always been doing – than it is to make a real change. Despite how compelling the change might appear. In the words of philanthropist and businessman W. Clement Stone:

And Stone knew a thing or two about overcoming inertia. While he is primarily recognized for his work with Napoleon Hill of Think and Grow Rich fame, Stone was thrust into business in 1908 at the age of six after his father gambled away all the family’s money and subsequently died. Over the next ninety four years (Stone lived to be a little over 100) he not only built a billion dollar corporate empire, but he also taught the philosophy that it is our thoughts that make all the difference between stagnation and success. Incidentally, Stone donated much of his fortune, over a quarter of a billion dollars, to various philanthropic causes.

So, if thoughts are required to overcome inertia, how do we transform our thoughts into positive action?

The first step: having a very strong definitiveness of purpose. In other words, clearly understanding exactly what it is that we want. Some refer to this as a burning passion or compelling cause, but regardless of the lexicon it is very difficult to overcome inertia without first cultivating that strong desire for things to be different than they are – coupled with a clear picture of what we want. Passion with purpose.

Once those are in place, the stage is set for dramatic, positive change.

Why do you think most college entrance forms require a written essay? Partly to assess the student’s linguistic aptitude, but primarily to measure motivation. Motivation, after all, is perhaps 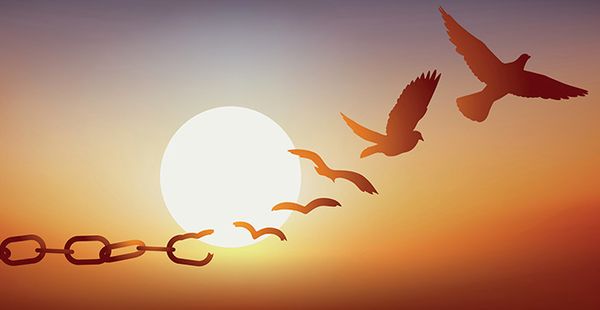 In 1932 – during the Great Depression – the unemployment rate for the US was at a staggering 24%. This period of agonizing economic hardship was preceded by two tumultuous days of