In 1932 – during the Great Depression – the unemployment rate for the US was at a staggering 24%. This period of agonizing economic hardship was preceded by two tumultuous days of plummeting stock prices toward the end of 1929. Between Monday, October 28th and Tuesday the 29th, the stock market dropped 23% – essentially wiping out thirty billion dollars of value in just 48 hours. Entire life savings were lost in two days. Three quarters of the country’s banks were closed. Families were ruined and future dreams were shattered. Most people were devastated and caught in the grip of fear. One man was not.

What is it about fear (and its little cousin worry) that paralyzes us?

For starters, there’s a threat. Whether real or imagined, the threat of some impending situation weighs on our psyche. A small mass of tissue in the brain known as the amygdala plays a significant role in our emotional reactions. Researchers believe that the amygdala is directly involved with how long-term memories are stored, with particular emphasis on a behavior paradigm known as fear conditioning.

Fear conditioning is how we learn to be fearful in certain situations – we actually predict the occurrence of aversive events. In the 1920s, psychologists experimented with some children causing them to become terrified of certain cute, fuzzy animals simply by blasting a horrific noise right behind the children whenever they reached for the animals. The amygdala in these children created a memory that conditioned them to associate these types of animals with an awful experience. As a result, anytime the children subsequently saw small, furry animals, they acted terrified, began crying, and ran away.

That is how fear conditioning works: We receive a stimulus in the present (cute animal appears) and pull emotionalized associations from our past to inform us of what we should expect in the future (if I reach out to pet it, I will regret it). From a primitive standpoint, fear conditioning certainly has its place. There were clearly benefits to being afraid of those regal looking lions out on the savanna.

But how appropriate is our fear and worry given our current circumstances? Most researchers believe the amygdala has not evolved beyond its primitive limbic roots (which suited us well for nomadic foraging) and that the way to overcome fear is through the higher level logical processing of the neocortex. In his groundbreaking Emotional Intelligence book from 1996, Daniel Goleman coined the term emotional hijacking to show how the amygdala hijacks the rational brain leading us to react in an irrational or even destructive way.

Have you ever not done something worthwhile because you were worried what other people might think? Have you ever allowed fear to hold you back from doing something that you thought was likely in your best interest? Have you ever reacted badly in a situation and wished you had controlled yourself more appropriately? If yes to any of those, then you’ve likely experienced some form of amygdala hijacking. To which, of course, we can all relate. Whether it is the emotionally charged fight or flight response, or a milder version of anxious worry, we sometimes allow fear to inappropriately direct us.

By not allowing our amygdala to take over, we can use the part of our brain known as the cortex to process stimuli with much greater reasoning, intellect, and evaluation. We can actually learn how to inhibit the amygdala and create much greater freedom for ourselves. It starts by feeling our feelings, objectively understanding what they are, and then questioning whether our past experiences are truly our best guide for responding.

Who was that one man not caught up in the grip of fear in the midst of the world’s greatest economic turmoil? His name was Franklin Delano Roosevelt, and on the day he was sworn in as the 32nd President of the United States at the height of the depression – March 4, 1933 – he said to the people, “… the only thing we have to fear is fear itself – nameless, unreasoning, unjustified terror which paralyzes needed efforts to convert retreat into advance.”

Roosevelt challenged everyone to face the fear, realize much of it was unjustified, and work with him to execute programs to address the challenges the country was facing. Within two weeks of his immortal words, on March 15, 1933 the stock market had its largest one-day percentage gain – a record that still holds to this day.

For each of us, in order to convert retreat into advance and achieve the success we desire, we must face our fears. Examined honestly and objectively, they often turn out to be much less imposing than thought. But the first (and perhaps hardest) step is looking. By acknowledging and naming the fear (e.g. I’m feeling anxious over this upcoming meeting) we engage the cortex, disengage the amygdala, and begin the process loosening fear’s grip.

When I was selling healthcare software to hospitals, I was very proud of the fact that we never lost a sale to a competitor. Unfortunately though, I was still losing. 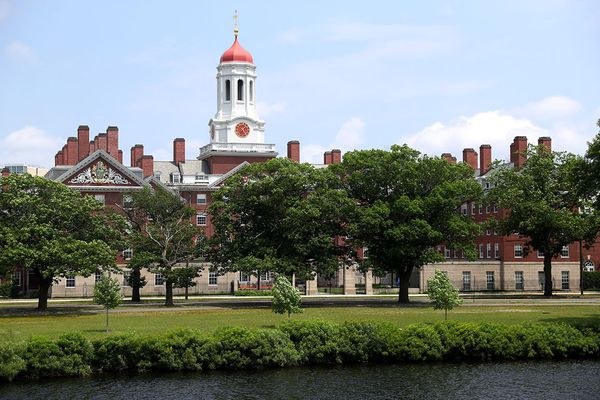